2019 COMPANY OF THE YEAR — ARTURO FUENTE

For the last four years, Arturo Fuente has been on the most aggressive modernization campaign this industry has seen. Its main factory in the Dominican Republic has been renovated, new buildings are up at its Chateau de la Fuente tobacco field, the company is buying more fields in Nicaragua, there are plans for an ornate factory in Estelí, a box factory—perhaps the largest in the western world—is set to open soon and the company built a new bonded warehouse in Tampa. Most of these things didn’t happen in 2019, but the Arturo Fuente Construction Co. has been as active as any in the cigar industry and 2019 was no exception.

Beyond buildings, Fuente has revamped its international distribution with the launch of Arturo Fuente International. Perhaps most importantly, the company has made massive commitments to supplying these markets with products. There are new partnerships with companies like Stefano Ricci, and new developments in partnerships with its longtime partners: the Newmans and Meerapfels.

So while there might be no singular metric or moment that crowns our winner, Fuente’s body of work was as good as any in 2019.

Statement from the Fuente Family regarding the 2020 PCA Trade Show:

Statement from the Fuente Family regarding the 2020 PCA Trade Show:

As we have for the past 50 years, Arturo Fuente will once again participate in the 2020 PCA Trade Show. “Our commitment to retailers is a core value of our company and family, one that will never waiver,” stated the company’s Chairman Carlito Fuente.

“Since the 1970 RTDA show in New York City, my family has supported the RTDA/IPCPR/PCA and we remain committed to Brick & Mortar tobacconists as the irreplaceable link between cigar manufacturers and consumers. They tirelessly work, day-in and day-out in the retail side of our beautiful industry, and are on the front lines assisting and educating our wonderful consumers. Arturo Fuente will always support Brick and Mortar tobacconists and do right by them.”

“We truly believe that members of the PCA are an extension of our family, and the annual trade show is the single most important event in keeping our families strong and successful. We look forward to spending quality time with everyone at the PCA show in Las Vegas.”

I’ll Be There. Will You? 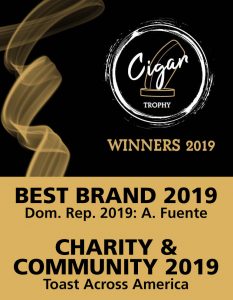 There are many awards, but only a few are conferred by you, the consumers. The greater the suspense on Friday evening, when the winners of the coveted public awards were announced in the presence of the biggest names of the industry.

To determine the shortlists our readers were asked to nominate their top-candidates in the categories Best Brand, Best Cigar, Best Value, Best Accessory, and Best Lounge and then to determine the winner from the top five. We are particularly pleased that the public awards are enjoying unwavering growth and popularity with cigar smokers from all over the world.

Cigar shop owners from across the United States have spoken: cigar sales are up, Arturo Fuente is the best-selling handmade brand, and their customers are more discerning and educated about cigars than ever before. Despite concerns over higher taxes, FDA regulations and Internet sales taking business away from brick-and-mortar stores, most cigar retailers are having a good year—and they’re optimistic about the future. These are the main takeaways from Cigar Insider’s 24th annual poll of cigar shops across America. Read More 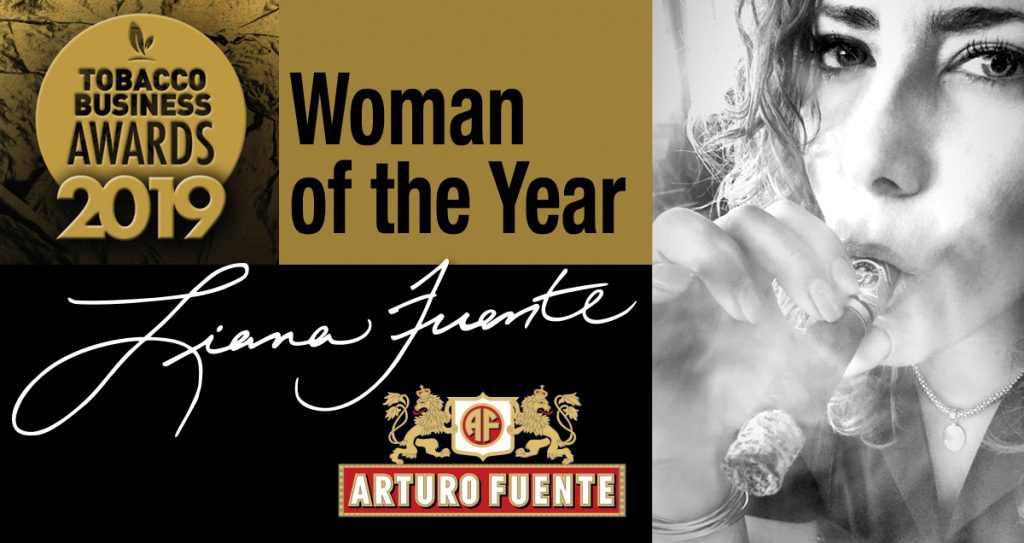 Tobacco Business Magazine held its second annual Tobacco Business Awards at an exclusive invite-only ceremony held in Las Vegas on Feb. 11, 2019. This year’s event took place at The Sayers Club within the SLS Las Vegas Hotel & Casino and had close to 270 premium tobacco retailers, manufacturers and media in attendance.

Held in conjunction with the Tobacco Plus Expo (TPE), the Tobacco Business Awards was designed to honor and recognize exceptional businesses, professionals, and products of the tobacco, vapor and alternative industries. This year’s ceremony was a full-on featuring of who’s who within these industries as the magazine announced the winners of the 2019 awards. This year’s awards expanded to 12 categories that could be voted on by the magazine’s print and digital readers and one non-publicized award given to an industry icon that was announced and revealed for the first time during the ceremony. New categories introduced at the 2019 awards included Nicaraguan Cigar of the Year, Dominican Cigar of the Year, Boutique Cigar of the Year, Accessory Manufacturer of the Year, Tobacconist of the Year and Woman of the Year. This year’s awards had close to 8,000 votes, nearly four times the votes of the 2018 awards. 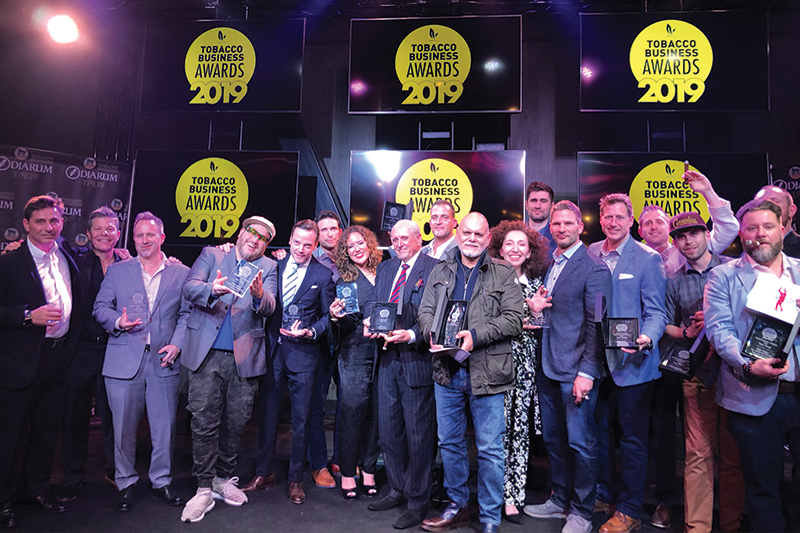 WOMAN OF THE YEAR: LIANA FUENTE (ARTURO FUENTE)
Liana Fuente is the very first recipient of Tobacco Business’s Woman of the Year award, an honor Fuente doesn’t take lightly but also one she doesn’t accept without acknowledging not just the other women who were nominated but all the others who have contributed to the tobacco industry in general.

“You have no idea how humbled and excited I am that people chose me as the first Woman of the Year [award recipient],” Fuente says. “For so many years growing up in this industry, it was always about men. Honestly, women have been a crucial part of this industry. In 1912 my grandfather Arturo [Fuente] started his company in the back of his house. He didn’t do it alone—he did it with his wife, Christina. When times were tough, she said, ‘OK, baby. We’ll do it together,’ and she rolled cigars with him. After that, his sons and his daughters grew the business. Now, 107 years later, we are here to say, and I am proud to say, we’re a family business with women and men working together to keep the tradition and culture alive.”

Liana Fuente was born into the cigar industry. When thinking about her childhood, cigars were as much a part of her family’s everyday life as food and water. She had many great mentors in the business, including her father, Carlito, her grandfather, Don Carlos, and her great-grandfather, Arturo, who showed her that hard work does pay off. In addition to being inspired by male figures, the women in her family have also shaped Liana’s approach to business and entrepreneurship.

“We work in what has historically been a male-dominated industry, so it is inspiring to see so many women in it now,” she says. “I was raised and am always surrounded by strong and passionate women in the Fuente family, and I hope more and more women will join this industry. Their hard work and dedication will be an invaluable asset to our great cigar industry for years to come.”

Fuente acknowledges the other women nominated alongside her this year, describing them all as strong and amazing, and saying that her win is also theirs. For the Fuente family, which has a long history in the premium cigar space that dates back over 100 years, her recognition as the first Woman of the Year is something she says they are very proud of.

Her advice to other women is simple: Never forget that you have a place in the tobacco industry. “Women are as much a part of this industry as anyone else,” she explains. “Never forget that many women have come before you, working in the factories while providing for their families. When people say the word ‘sacrifice,’ it has no gender; ‘discipline’ has no gender; ‘grit’ has no gender. Stay strong, be creative, and always, always speak your mind. You bring a lot to the table, such as innate passion and dedication, and the cigar industry will be better for it.” 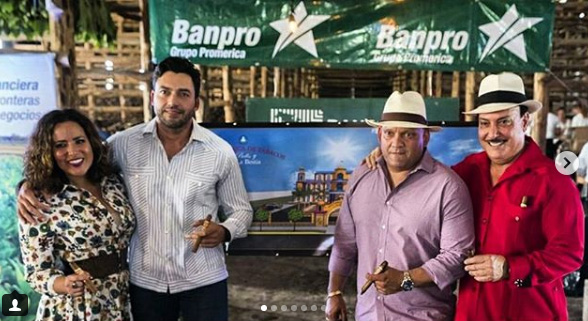 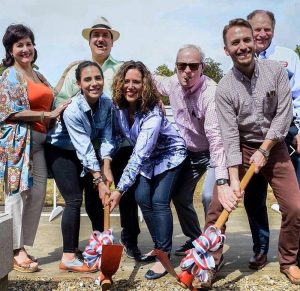 Fuente cigars taste like fine tobacco is supposed to taste and offer a fine cigar suitable for any occasion or budget.
Good fresh, great aged, I choose a Fuente cigar on those special days.
Casa Cuba, Double Cinco in pre release slide lid box are the best! Unfortunately there are too few remaining…..Don Carlos #3 and #4 as well as production Robustos, I’ve smoked many hundreds of each…..I’d love to try an Opus X filler binder with Cameroon DC Lancero wrapper!!!
Depending on the situation I can always find a Fuente cigar that fits. They represent about 90% of my N/C stock. I smoke Brevas Royale while fishing, a varety from the Chateau line when playing poker, Cuban Coronas for the nostalgia value (first ever box purchase 20+ years ago), an R44 with coffee in the […]
Consistency in staple products such as the Don Carlos and Hemingway are what I can expect, every time I reach for a Fuente.
20 years ago an Opus fan, but for the last 15 a regular Don Carlos or Hemmy. 3-4 years of age seem to be in my wheelhouse with the exception of the DC Lancero. The older the better. If the Pussycats were readily available I’d smoke a lot of them.
Categories
1
OF2
Share:
Profiles:
Profiles: