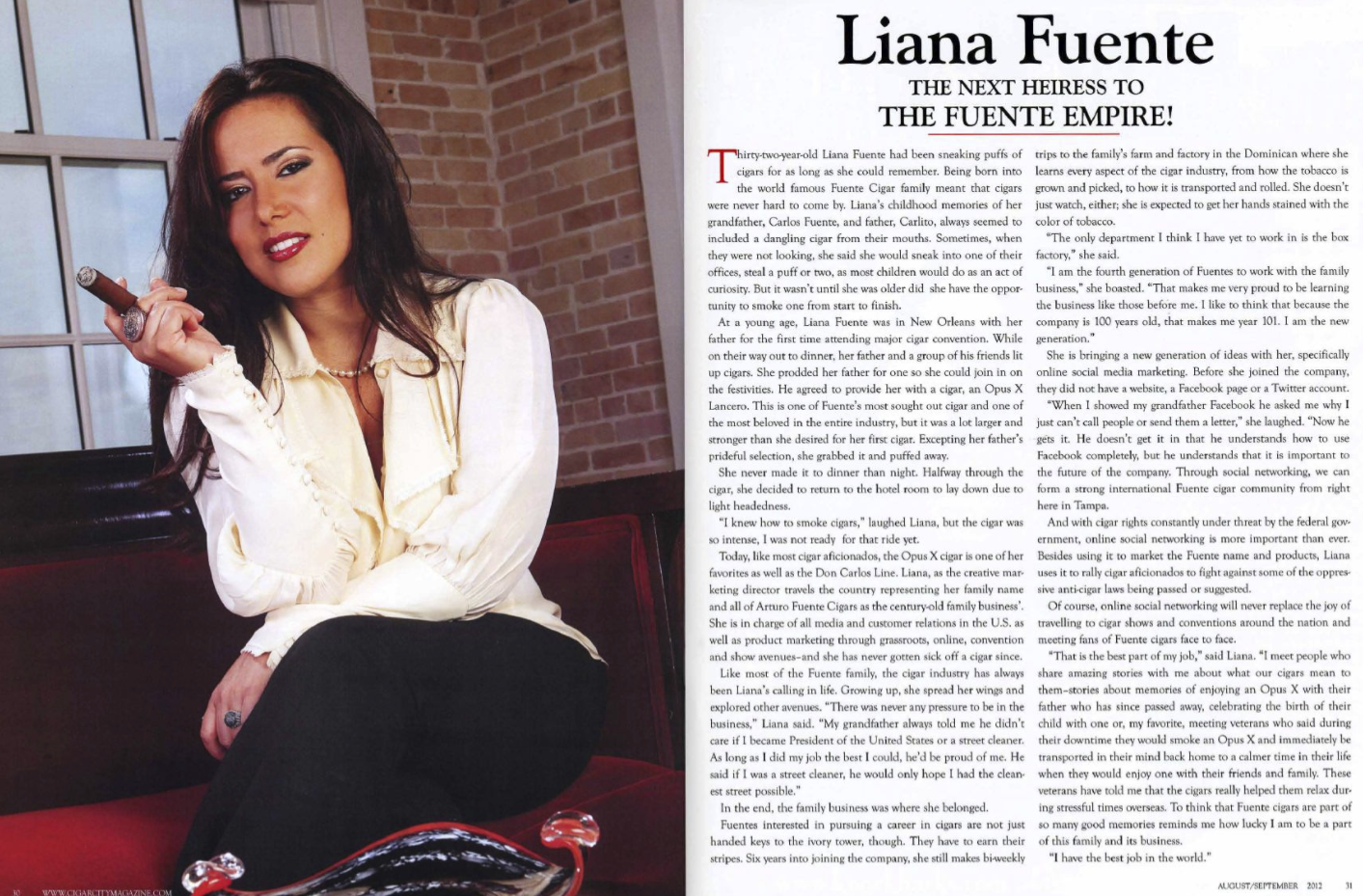 Liana Fuente: The next heiress of the Fuente Empire
May 21, 2018

Thirty-two-year-old Liana Fuente had been sneaking puffs of cigars for as long as she could remember. Being born into the world famous Fuente Cigar family meant that cigars were never hard to come by. Liana’s childhood memories of her grandfather, Carlos Fuente, and father, Carlito, always seemed to included a dangling cigar from their mouths. Sometimes, when they were not looking, she said she would sneak into one of their offices, steal a puff or two, as most children would do as an act of curiosity. But it wasn’t until she was older did she have the opportunity to smoke one from start to finish.

At a young age, Liana Fuente was in New Orleans with her father for the first time attending major cigar convention. While on their way out to dinner, her father and a group of his friends lit up cigars. She prodded her father for one so she could join in on the festivities. He agreed to provide her with a cigar, an Opus X Lancero. This is one of Fuente’s most sought out cigar and one of the most beloved in the entire industry, but it was a lot larger and stronger than she desired for her first cigar. Excepting her father’s prideful selection, she grabbed it and puffed away.