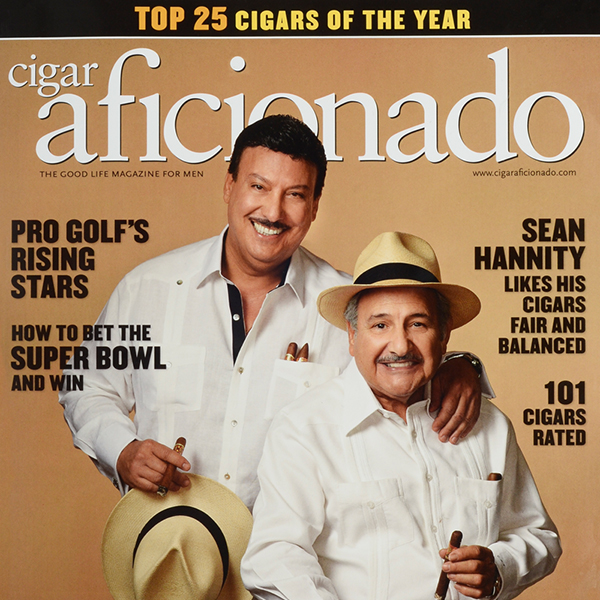 The warehouses were completely engulfed in flames, and the firefighters were losing the battle. The men and women attacked the fire, spurting water through the windows of the blazing buildings until the smoke and the heat overwhelmed them. Even when they could fight no longer they called for milk in hopes of fortifying themselves for another round, But it was too late. Two large warehouses with irreplaceable stocks of tobacco were lost.

Veritable bunkers, the two structures had seemed impregnable until Hurricane lrene raged to within 70 miles of Villa Gonzalez, Dominican Republic, stirring Winds that fed the flames. Even as the blaze leapt toward the sky, rains lashed the scene, almost in irony. Inside was a treasure trove, tobacco that was years and even decades old, leaves from around the world that had been destined to he rolled into celebratory smokes for its owner, Tabacalera A. Fuente y Cia.

Depending on the situation I can always find a Fuente cigar that fits. They represent about 90% of my N/C stock. I smoke Brevas Royale while fishing, a varety from the Chateau line when playing poker, Cuban Coronas for the nostalgia value (first ever box purchase 20+ years ago), an R44 with coffee in the […]
Casa Cuba, Double Cinco in pre release slide lid box are the best! Unfortunately there are too few remaining…..Don Carlos #3 and #4 as well as production Robustos, I’ve smoked many hundreds of each…..I’d love to try an Opus X filler binder with Cameroon DC Lancero wrapper!!!
Good fresh, great aged, I choose a Fuente cigar on those special days.
Fuente cigars taste like fine tobacco is supposed to taste and offer a fine cigar suitable for any occasion or budget.
No matter how long it’s been since I have smoked one, whenever I pick up a Fuente I have enjoyed it’s like the first time all over again.
Consistency in staple products such as the Don Carlos and Hemingway are what I can expect, every time I reach for a Fuente.
Share:
Profiles:
Profiles: